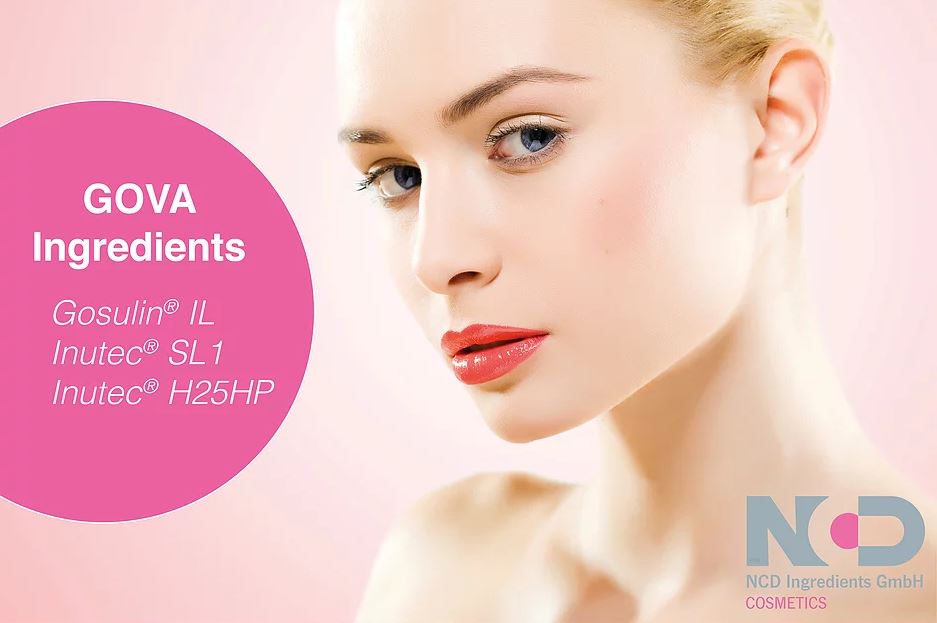 Gosulin® IL is a vegetable based emollient made out of renewable natural sources such as sugar and coconut. Gosulin® IL has a superior volatile behavior, making it the ideal “improved” replacement for volatile silicones. Unlike silicones, Gosulin® IL is free from CMR, free from solvents, has no inhalation toxicity and respects our environment. Gosulin® IL is Ecocert-Cosmos approved. When a high amount of waxes or fatty alcohol is used, emulsions become white on the skin during application; especially natural emulsions suffer from this problem. Adding Gosulin® IL to such an emulsion reduces this whitening effect efficiently. Emulsions with high amount of vegetable oils, butters or waxes have an unpleasant spreadability. Gosulin® IL improves this problem in a spectacular way. The effect is comparable to volatile silicones. Sunscreens, vitamins give a sticky skin feel. In the presence of Gosulin® IL, this tackiness disappears. An ideal solution for day creams with a high SPF or a high content of vitamins. Application concentration: 1 – 100 %

The unbreakable stabilizer of O/W emulsions

Inutec® SL-1 is patented technology and obtained from inulin extracted from the root of chicory (cichorium intybus) and lauric acid derived from coconut oil (cocos nucifera). Inulin is a linear polysaccharide consisting of fructose with one starting glucose part. Inulin demonstrates two remarkable characteristics: Unlike most other molecules Inulin is extremely flexible. It behaves like a rope. Inulin intensively adsorbs water. To obtain Inutec® SL1 this flexible and hydrophilic inulin is grafted with lipophilic lauryl chains.In a mixture of oil and water, Inutec® SL1 migrates quickly to the oil/water interface. The lauryl chains are firmly anchored into the oil, while the long inulin polymers encapsulate tightly the oil droplet. In this way an unbreakable film of strongly hydrated inulin stabilizes the oil droplets. Inutec® SL1 intensively improves the stability per-formances of all other O/W-emulsifiers. O/W-emulsions stabilized with Inutec® SL1 shows a remarkable resistance against the two major instability issue: coalesence and Ostwald ripping.

A natural skin and hair conditioner with outstanding properties

Inutec® H25P is a highly purified Inulin. It is Ecocert-Cosmos approved and Natrue conform. Inulin is a unique linear natural sugar polymer based on glucose and fructose. It is extracted by means of hot water from the chicory root (cichorium intybus) and is further enzymatically purified. Inutec® H25P has the unique property to form a smooth and pleasant film on the skin and hair. It is particularly effective when formulated in rinse off products. Harsh shower gels with Inutec® H25P become milder and leave the skin softer. The hair feels smoother and regains its natural shine. Inutec® H25P has also the ability to retain perfume and oil components from rinse off products on skin and hair. In this way Inutec® H25P has the ability to boost and to prolong the effect of oils soluble actives on the skin or hair. Inulin® H25P has almost the same behavior like polyquaternium-10 which is often used in hair care products.